by Dr. James Meschino on 11 November 2019 in Vitamin, Alzhimers

Vitamin B12 can slow brain shrinkage/dementia

No one wants their brain to shrink as they get older, but this is exactly what happens in the aging process – and the faster it shrinks, the greater the risk of Alzheimer’s disease and cognitive impairment. As such, I think you’ll find this Lifestyle Medicine Update really fascinating.

No one wants their brain to shrink as they get older, but this is exactly what happens in the aging process – and the faster it shrinks, the greater the risk of Alzheimer’s disease and cognitive impairment.However, studies revealed that Vitamin B12 can slow brain shrinkage

As such, I think you’ll find this Lifestyle Medicine Update really fascinating.

An important study was published in the Journal of the American Medical Association – Psychiatry, in June of 2016. It provided additional evidence that high blood levels of vitamin B12 can slow the shrinking of the brain that commonly occurs after age 60.

What does evidence and studies suggest?

Previous studies have shown that vitamin B12 and other B-vitamins (folic acid and vitamin B6) can slow the shrinking of the brain in older subjects with mild cognitive impairment and decreased risk of progression to Alzheimer’s disease.

Overall, the emerging evidence suggests that if you can slow or prevent the shrinking of the brain, which is common after age 60, then you may decrease your risk of dementia and Alzheimer’s disease quite substantially.

In this latest study published in JAMA-Psychiatry, data from the Swedish National Study on Aging and Care was presented. The study followed 501 subjects, aged 60 years and older, from 2001 – 2009, who were free from dementia at the beginning of study. MRI imaging of their brains was conducted in 299 of the subjects routinely during the 6-year follow-up period.

Vitamin B12 has been shown to have neuroprotective effects which may directly slow brain shrinkage, but it also lowers a chemical in the blood known as homocysteine. High Homocysteine is very damaging to the brain and high blood levels are strongly correlated with brain shrinking and risk of Alzheimer’s disease in many studies.

In this study, higher homocysteine was also linked to more rapid brain volume shrinking. So there are at least two ways in which vitamin B12 may slow brain shrinking – by directly preventing loss of brain cells and by lowering homoscysteine blood levels.

As well, in the 2016 JAMA-Psychiatry study, individuals with lower vitamin B12 levels and/or high homocysteine levels also showed increased White Matter Hyperinstensity (WMI) on their MRI scans, which is strongly tied to increased risk for cognitive decline and other mental health disorders.

These studies are important because we know that mild cognitive impairment (MCI) is the step that proceeds development of Alzheimer’s disease.

Alzheimer’s patients show an average brain shrinkage of 2.5% per year, so anything that slows brain shrinkage is considered to be an invaluable way to preserve cognition as we age. 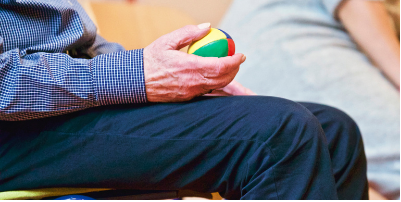 This brings us to the Oxford Project to Investigate Memory and Aging (OPTIMA study and VITACOG study). They took 172 individuals older than 70 years old, who already had MCI. They gave half of them folic acid – 800 mcg; vitamin B12 – 500 mcg, and vitamin B6 – 20 mg per day for two years.

The other half got the placebo pill. The study showed that B-vitamin supplementation slowed brain shrinking (atrophy) by 30% on average, and in some cases up to 53%. Cognitive tests showed that the greater the rate of brain shrinkage, the more rapid the decline in cognitive function.

Everyone agrees that slowing brain shrinkage or atrophy is an important feature of maintaining cognitive function with aging.

So far, only B-vitamin supplementation has been able to show this effect in human clinical intervention studies. There are no drugs yet that can do this, at least not this dramatically.

I think that preventing total brain atrophy as we age is a fascinating area that is strongly linked to your healthy life expectancy and quality of life, so I wanted to bring this information to your attention. It is wise to know your blood level of homocysteine, vitamin B12 and your red blood cell folic acid level.

These are proving to be important markers of brain health, and these levels can be optimized using a simple B-vitamin supplementation regiment.

See links to research papers below:

Homocysteine-Lowering by B Vitamins Slows the Rate of Accelerated Brain Atrophy in Mild Cognitive Impairment: A Randomized Controlled Trial

A Supplement for Stress Reduction?

How To Perfect Skin In 30 Days?