A research review paper updating us on the effects of alcohol on cancer was published in the journal “Addiction” in July 2016. The review of all available studies shows clearly that even light to moderate drinking increases the risk of 7 important cancers, which include oropharynx,

A research review paper updating us on the effects of alcohol on cancer was published in the journal “Addiction” in July 2016. The review of all available studies shows clearly that even light to moderate drinking alcohol increases risk of seven cancers, which include oropharynx, larynx, oesophagus, liver, colon, rectum and female breast. Beverage type doesn’t matter.

There is myth out there that red wine is okay or safer than other alcoholic beverages, or that only hard liquor is harmful. The truth is that hard liquor, beer, wine, and spirits of all types, equally increase risk of cancer.

From a public health perspective, alcohol is estimated to have caused approximately half a million deaths from cancer in 2012 and 5.8% of cancer deaths world-wide. The highest risks are associated with the heaviest drinking, but a considerable burden is experienced by drinkers with low to moderate consumption.

Can we reverse the risk of cancer?

The good news is that the risk appears to be reversible. For instance, in people who stop drinking, the risk of laryngeal and pharyngeal cancers after quitting was reversible, with a reduction of approximately 15% of the excess risk in 5 years, and equivalence with never drinkers after more than 30 years of no drinking.

Similar reports are available for primary liver cancer. Drinking cessation showed a decrease in risk of hepatocellular carcinoma of 6–7% per year, and equivalence with never drinkers after 23 years of non-drinking.

Of importance to women, The United Kingdom’s Million Women cohort study found that during 7 years of follow-up, women who drank between 70 and 140 g of alcohol per week (5-10 drinks per week), had a 5% increase in total cancer risk and a 13% increase in breast cancer risk, compared with those drinking less than 20 g per week (1.5 drinks per week).

How much alcohol does various alcoholic drinks contain?

As point of reference one standard alcoholic drink contains 14 gms of alcohol:

In addition to the 7 prime tissue sites mentioned above, the researchers also state “there is accumulating research supporting a causal contribution of alcohol to cancer at sites other than those already mentioned, particularly for pancreas, prostate and skin (melanoma), and for pancreatic cancer risk being associated with heavy drinking occasions as well as average consumption.”

In a follow-up statement published in Medscape on July 27, 2016, Dr. Jennie Connor from the Department of Preventive and Social Medicine, University of Otago, in Dunegin, New Zealand, made some important comments, “Public and scientific discussion about alcohol and cancer has muted the truth about causality, she suggests.

How countries are promoting awareness? 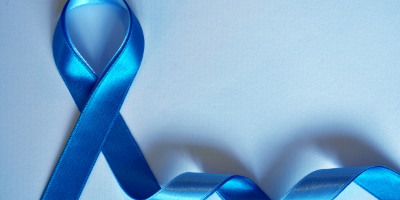 The promotion of health benefits from drinking at moderate levels is “seen increasingly as disingenuous or irrelevant in comparison to the increase in risk of a range of cancers'', writes Dr. Connor. Public health campaigns “with clear messages” are needed to spread the word about alcohol’s carcinogenicity, she told Medscape Medical News.

The UK is leading the charge with a public awareness campaign, and organizations in New Zealand are also taking action. The New Zealand Medical Association, the Cancer Society of New Zealand, and the National Heart Foundation, have all adopted evidence-based position statements that “debunk'' cardiovascular benefits as a motivation to drink and that highlight cancer risks, Dr. Connor said.

I think the bottom line is that, if you’re going to drink alcohol and you want to avoid the associated risk of seven cancers, then the available research now suggests that you should limit your alcohol intake to 1-2 drinks per week.

A few things we know for sure are that:

I’ve included the links to the research paper and follow-up interview in the text below.