Lipoxygenase influences the development and progression of cancers.

Table of Contents:
Introduction
How Arachidonic Acid and Leukotrienes Encourage Cancer Development And Growth?
Does Lipoxygenase Promote Prostate Cancer
Can Lipoxygenase cause Breast Cancer?
How Lipoxygenase linked to other Cancers
What Are The Agents Shown To Block The LO and CO Pathways And Inhibit Cancer?
Summary
References

Mounting evidence suggests that lipoxygenase (LO)-catalyzed products have a significant influence on the development and progression of cancers. Compared with normal tissues, significantly elevated levels of LO metabolites have been found in lung, prostate, breast, colon, and skin cancer cells, as well as in cells from patients with both acute and chronic leukemias.

During the past 10 years, pharmacological agents that specifically inhibit the LO-mediated signaling pathways are now commercially available to treat inflammatory diseases such as asthma, arthritis, and psoriasis. LO inhibitors are now being explored as agents to prevent and treat certain cancers.

How Arachidonic Acid and Leukotrienes Encourage Cancer Development And Growth?

Eicosanoids derived from the arachidonic acid cascade have been implicated in the pathogenesis of a variety of human diseases, including cancer, and appear to play important roles in tumor promotion, progression, and metastatic disease.

Although most attention has focused on PG2 and other COX-derived metabolites, mounting evidence suggests that LO-catalyzed products, LTs, and HETEs also exert profound biological effects on the development and progression of cancers.

Studies indicate that 12(S)-HETE is a critical intracellular signaling molecule, stimulating PKC and eliciting the biological actions of many growth factors and cytokines that regulate transcription factor activation and induction of oncogenes or other gene products needed for cancer growth.

Some of these include EGF, FGF, PDGF, tumor necrosis factor, granulocyte-macrophage colony-stimulating factor, and both IL-1 and IL-3.

Additionally, PKC activation by 12(S)-HETE mediates the release and secretion of cathepsin B, which is involved in tumor metastasis and invasion, particularly in colon cancer cells.

As well, tumor cell synthesis of 12(S)-HETE stimulates adhesion by increasing the surface expression of integrin receptors. Besides 12(S)-HETE, other LO metabolites, particularly the 5-LO products (5-HETEs), have been implicated in development and progression of  cancer.

In general, evidence from studies in human cancer cells shows that the LO pathways are involved in carcinogenesis in several major tissues.

More importantly, a few studies in animal carcinogenesis models show that inhibition of the LO pathways also may inhibit carcinogenesis

Two naturally occurring agents, Baicalein and esculetin are among several experimental compounds demonstrating 12-LO inhibitory activity that may show promise as antiproliferative agents. (1) These agents will be discussed in the next section

Diets high in fat are associated with an increased risk of prostate cancer, although the molecular mechanism is still unknown. (2)

The increased risk of prostate cancer associated with high dietary intake of animal fats shown in multiple population-based studies may in part be explained by the rich sources of fatty acids like arachidonate in these diets that favor conversion to proinflammatory eicosanoids. (4)

These findings provide a possible molecular mechanism by which dietary fat may influence the progression of prostate cancer. (2)

Thus, researchers now recognize that inhibiting or down-regulating the LO synthesis pathway is an important target for prevention and management of certain cancer, including prostate cancer.

In addition to 5-LO products, the 12-LO metabolite 12(S)-HETE has been shown to play a critical role in prostate tumor metastasis and invasion . In 122 matched normal and cancerous prostate tissues, 12-LO mRNA expression was confined to prostate epithelial cells and elevated in malignant cells.

Additional biochemical evidence demonstrated that 12(S)-HETE stimulates secretion of cathepsin B, which is involved in tumor metastases and integrin expression in other tumor cells, providing support for the importance of LO products in the development and spread of prostate and other human cancers.

It has also been shown that 12(S)-HETE involves selective activation of membrane-associated PKC, which is known to be involved in cancer growth. (1)

This information takes on greater significance with the appreciation that cells that have the appearance of prostate cancer can be found in the prostate gland of nearly half of all men over the age of 50. (4)

Can Lipoxygenase cause Breast Cancer? 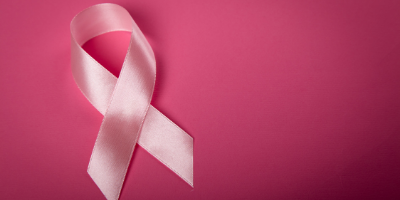 Several studies have shown that mammary tissue of rats fed 20% menhaden oil produced lower levels of LTB4 and PGE2 compared with groups receiving 20% corn oil or primrose oil, supporting the theory that PGs and LTs may be involved in mammary carcinogenesis

Markedly elevated levels of both COX and LO metabolites have been documented in human breast cancer tissue compared with tissue from patients with benign disease.

Other studies have indicated that linoleic acid enhanced the invasive capacity of breast cancer cells and that this effect could be completely blocked by adding esculetin, an inhibitor of 5- and 12-LO, but not by adding the COX-specific inhibitor piroxicam.

This evidence strongly implicates the lipoxygenase pathway in development and progression of cancer.

The interaction of growth factors, such as epidermal growth factor (EGF) with their receptors, on breast cancer cells can lead to the hydrolysis of phospholipids and release of fatty acids, such as arachidonic acid, which can be further metabolized by the lipoxygenase (LO) pathway.

Several LO products have been shown to stimulate oncogenes and have mitogenic and chemotactic effects.

More specifically, LO products, such as the hydroxyeicosatetraenoic acids (HETEs), have been shown to have actions highly relevant to cellular growth and migration. They have significant mitogenic and chemotactic effects and also can stimulate the expression of several oncogenes and other studies suggest that the biosynthesis of 12(S)-HETE by tumor cells is a determinant of their metastatic potential.

The LO products of linoleic acid have been shown to potentiate the mitogenic effects of epidermal growth factor and linoleic acid can stimulate the growth of MCF-7 breast cancer cells.

There is also evidence to show that leukocyte 12-LO mRNA expression is upregulated in breast cancer cells and tissues, compared with their normal counterparts

Results of other studies also suggest that activation of the 12-LO pathway may play a key role in basal and EGF-induced breast cancer cell growth. As such, it appears that 12 LO end products up-regulate epidermal growth factor receptors, which are known to be involved in breast cancer development.

This is further supported by the specific inhibition of the growth of MCF-7 cells by LO inhibitors, but not CO, inhibitors. (3)

How Lipoxygenase linked to other Cancers

12- and 15-HETE are major arachidonic acid metabolites have also been incriminated in squamous epithelial carcinomas of the head and neck, Also, 12(S)-HETE is the predominant metabolic product of metastatic B16 melanoma cells and excess LT production, specifically LTC4, has been documented in cells from patients with both acute and chronic leukemias.

What Are The Agents Shown To Block The LO and CO Pathways And Inhibit Cancer?

Non Steroidal Anti-Inflammatory Drugs - Among the tumor types that have been shown to overexpress COX-2 is prostatic adenocarcinoma.

Recently, an inverse association between aspirin or ibuprofen use and prostate cancer development was noted in several case control studies. (4) Unfortunatley, the long-term use of NSAIDs is associated with gastrointestinal erosion, ulcers, intestinal bleeding, as well as liver and kidney toxicity.

As such, their regular use as prophylactic cancer intervention may produce serious and life-threatening side effects and are clearly contra-indicated in patients with certain co-morbidity issues (e.g. previous intestinal ulcers, kidney disease/dysfunction/transplant etc) (5,6,7)

Flavonoids (e.g. Baicalein),  Esculetin, Curcumin and Tea Polyphenols - A number of natural occurring agents that affect arachidonate metabolism, either via cyclooxygenase or the alternative 5-lipoxygenase have demonstrated chemoprevention effects against cancer.

Some of these include flavonoids, curcumin, and tea polyphenols. (4) Others include esculetin and hydroxamic acids.

Esculetin and Baicalein, two naturally occurring agents, have been shown to inhibit lipoxygenase enzymes and modulate development and progression of cancer. In vivo studies have shown that esculetin significantly inhibits the development of mammary tumors induced by DMBA in female Sprague Dawley rats fed either a high-fat (20% soybean oil) or low-fat (0.5% soybean oil) diet.

As well, esculetin has been effective in reducing the invasive and metastatic activity of malignant tumor cells. Murine melanoma cells pretreated with 50 µM esculetin and injected into syngeneic mice produced significantly lower numbers of melanoma colonies on the lung surface and fewer tumor metastases.

The antiproliferative effects of baicalein have been reported in several in vitro models. One study showed that baicalein reduced DNA synthesis and inhibited growth in two human hepatoma cell lines.

In human T-lymphoid leukemia cells (CEM) stimulated with 10% FCS, showed reduced cell proliferation with addition of baicalein in a dose dependent fashion, with evidence of reduced activity of messengers known to be of significance in cancer growth.

Rat studies showed that baicalein induced apoptosis in carcinosarcoma cells in a dose-dependent manner. Nevertheless, these initial data suggest that baicalein may be an effective chemopreventive agents.

Hydroxamic acids have also shown lipoxygenase inhibition and reduced development and progression of cancer.  N-benzyl-N-hydroxy-5-phenylpentanamide (BHPP), one of a series of hydroxamic acids, originally developed by Rorer, that was found to exert 5-LO inhibitory activity in rat leukocytes.

Many other experimental studies have provided evidence for the cancer inhibition effects of BHPP via its inhibitory influences on the 5 and 12 lipoxygenase enzymes. (1)

In summary, evidence suggests that tumor cells and several normal cells have LO activity, and both arachidonic acid and linoleic acids are converted to LO products, such as HETEs and hydroxyoctadecadienoic acids (HODEs).

The 12-LO product, 12(S)-HETE, has been shown to play an important role in the metastatic process. 12(S)-HETE mediates the adhesion of tumor cells to the subendothelial matrix after endothelial retraction by a protein kinase C-dependent process.

LO products, such as 12- and 15-HETE, also have mitogenic effects on endothelial cells.

Furthermore, these highly metastatic cells synthesize much greater amounts of 12-HETE than the low metastatic tumor cells. Thus, an increased concentration of 12-HETE, produced by activated platelets, the tumor cells themselves, leukocytes, or by vascular cells, are thought to be affiliated with the proliferative and metastatic processes.

In addition, EGF-induced mitogenic activity has been linked to the formation of LO products of linoleic acid, the HODEs

Thus, a growing body of evidence suggests that specific metabolites of arachidonic and/or linoleic acid serve as central elements in signal pathways necessary for cell mitogenesis, as induced by growth factors or oncogenic transformation. (3)