by Dr. James Meschino on 9 December 2019 in Cancer

Men in the GTCs treated group also had PSA levels that were constantly lower than the placebo-treated group throughout the study period. Supplementation with GTC’s also improved symptoms of prostate enlargement (benign prostatic hyperplasia) and reduced lower urinary tract symptoms. No significant side effects or adverse effects were reported by the men supplementing with GTCs (1).

How does GTC affect  men with localized prostate cancer?

Based on the success of the 2006 study described above, a second study using GTCs was published in 2009 (J Cancer Prevention Research). In this case GTCs were provided to men with established localized prostate cancer who were awaiting surgical treatment involving radical prostatectomy.

In this study, twenty-six men with positive prostate biopsies ingested a supplement containing 800 mg per day GTCs, until time of radical prostatectomy (median dosing period was 34.5 days). Serum was collected before initiation of the study and on the day of prostatectomy.

The study showed that GTCs supplementation in these men produced a decrease in many prostate cancer biomarkers, including:

The researchers commented that their results show a significant reduction in serum levels of PSA, HGF, and VEGF in men with prostate cancer after brief treatment with a GTCs supplement, with no elevation of liver enzymes.

They further suggest that GTCs supplementation may play a potential role in the treatment or prevention of prostate cancer or reverse precancerous prostate .

What was the Proposed Mechanism of Action?

Various experimental studies have shown that certain green tea catechins (EGCG and ECG) can inhibit the HGF/c-Met signaling pathway in both breast and prostate carcinoma cells.

It has been shown to have a major role in embryonic organ development, specifically in myogenesis, in adult organ regeneration and in wound healing. The C-Met receptor is normally expressed by cells of epithelial origin.

HGF normally stimulates the c-Met receptor on target tissues, which prompts them to replicate via up-regulation of the tyrosine kinase pathway, thus playing an important role in embryonic growth and wound healing.

In prostate cancer, the transmembrane receptor c-Met is often over-expressed (a greater number of c-Met receptors than is considered normal) in primary tumors and metastases.

High levels of c-Met are directly correlated with a higher Gleason score and associated with poorly differentiated tumors. Additionally, high serum levels of the c-Met ligand, HGF, have been found to be associated with metastatic disease and decreased overall survival. 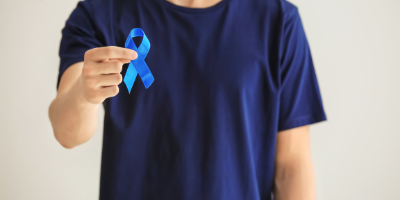 Often the overproduction of HGF occurs in cancer-associated fibroblasts located in the stromal tissue surrounding the tumor. Many studies have now shown that the tumor stroma plays a very important role in cancer progression. A number of cells associated with the stroma, including macrophages, endothelial cells and fibroblasts provide factors that facilitate proliferation, survival, and invasion of tumor cells.

As such, studies show that dysregulation of the HGF/c-Met pathway leads to increased proliferation, motility, and invasion of cancer cells.

Other in vitro experiments show that GTCs also block the production of VEGF and HGF in at least two different prostate cancer–associated fibroblast cell lines (2).

How much intake of Green tea is healthy?

Overall, the data suggests that supplementation with green tea catechins could be useful as an adjuvant therapy in men with prostate cancer by lowering the levels of cytokines (HGF, VEGF) that contribute to prostate cancer progression (2).

In light of this evidence, I suggest that men consider ingesting 3-5 cups of green tea daily to help reverse precancerous prostate , and/or ingest a supplement containing green tea catechins (possibly in the range of 200-600 mg per day).