How Diet And Prostate Cancer linked to each other?

Table of Contents:
Introduction
Does Age–Related Change Is Linked to Prostate
What are the Nutrients That Block The Build Up Of DHT?
How Antioxidants Assist Prostate?
What are the ways to Protect The Prostate?
References

Before focusing on Diet and Prostate cancer,the studies revealed that  Prostate cancer incidence increased steadily from 1981 to 1989, with a steep increase in the early 1990’s, followed by a decline. Incidence rates were forecasted to remain stable through the year 2001.

However, the exaggerated rate of increase in the early 1990’s was transient and likely a result of increased early detection of preclinical prostate cancer due to widespread implementation of the new PSA (prostate specific antigen) blood-screening test.

Nevertheless, prostate cancer remains the most common cancer in North American men, as well as in other Western countries, and is the second leading cause of cancer death in males.(1)

As reported in the Journal of the National Cancer Institute, as much as 75% of prostate cancer may be prevented if men followed more prudent nutritional practices, many of which will be outlined in this review. (2)

In Japan the incidence of prostate cancer is 80% lower than in North America and much of the Western world. Low rates are also found in Africa and Eastern Europe. Migration studies reveal that when men relocate from a low- to high-risk region of the world and abandon their traditional dietary patterns, their incidence of prostate cancer rises to approach that of North American men. (3,4)

In recent years a number of nutritional factors and bioactive compounds have been identified that shows  strong links between diet and prostate cancer.

In fact, in the past year (2001) published data from the Harvard Alumni Study revealed that men with moderate liquor consumption (3 drinks per week to 3 drinks per day) show a 61-67% increased risk of developing prostate cancer compared to men who never or infrequently consumed alcohol.

Wine and beer did not appear to be as hazardous as liquor, however men initiating alcohol consumption of any kind between 1977 and 1988 had a twofold increased risk of prostate cancer compared to men with almost no alcohol consumption at both evaluation dates (after controlling for other confounding variables).

Also in 2001, the study by K.T. Bogen and G.A. Keating provided evidence that higher intakes of heterocyclic amines among the U.S. Black population, especially from pan-fried meats, may partially explain the twofold increase in prostate cancer in this group, as U.S. Blacks were shown to consume approximately two- and approximately three-fold more heterocyclic amines at ages less than 16 and over 30, respectively.

Heterocyclic amines are potent mutagens that increase the rates of colon, mammary, prostate and other cancers in bioassay rodents. (6)

In the journal Oncogene (2001), S.R. Chinni et al, provided strong evidence to show that the indole ring structures present in cruciferous vegetables may play an important role in the prevention of prostate cancer.

This study demonstrated that indole rings (indole-3-carbinols) can inhibit the growth of PC-3-type human prostate cancer cells by arresting their cell division cycle and promote their demise through apoptosis (programmed cell death).

They conclude that indole-3-carbinols may be an effective chemopreventive or therapeutic agent against prostate cancer. Previously, similar findings have argued for the ingestion of indole-3-carbinols as a means to prevent breast cancer in women. (7)

Thus, heart rate and blood pressure may represent indirect markers of sympathetic stimulation of androgen activity on the prostate.

In support of this model, recent data (2001) from the Cardiovascular Health Study (n=2442 men) demonstrated that men with a resting heart rate equal to or greater than 80 beats per minute had a 60% greater chance of developing prostate cancer, during the 5.6-year follow-up period, compared to men with a resting heart rate of less than 60 beats per minute, an indirect indicator of cardiovascular fitness and lower sympathetic tone. (8)

In addition to these recent publications, a vast amount of prior evidence indicates that risk of prostate cancer is largely determined by nutritional and other lifestyle factors, as well as age-related changes that occur in the prostate gland.

Incredibly, even undesirable age-related changes to the prostate may be preventable and reversible through nutrition and supplementation practices, including changes that lead to prostate enlargement (benign prostatic hyperplasia), which affects 50-60% of men by age 40-59 and 80% of men by age 80.

Thus, nutritional support for the prostate gland is considered to be an important anti-aging intervention to preserve the health and function of this gland and in the prevention and treatment of prostate disease. (9,10)

This review brings to light the evidence-based research that should prompt all health practitioners to counsel their male patients on the importance of diet and prostate cancer in lifelong prostate health.

Does Age–Related Change Is Linked to Prostate

As men age (by age 40), the prostate gland tends to accelerate the rate at which it converts testosterone to dihydrotestosterone (DHT). The build-up of DHT in prostate cells stimulates them to divide and multiply at a faster rate.

This results in more prostate cells (more prostate mass) and the potential for prostate enlargement and other problems. As the prostate enlarges under the influence of DHT, men often notice symptoms such as reduced strength of their urine stream, more frequent urination, repeated nighttime urination, bladder urgency and related symptoms. (10)

More rapid cell division rates also increase the chances of forming cancerous DNA mutations. In fact, DHT is known to promote the spread of existing prostate cancer and males born with the genetic inability to synthesize DHT are virtually immune from developing prostate cancer in their lifetime.

There is no question that DHT is linked to prostate cancer and prostate enlargement in a number of ways. (11,12) The encouraging news is that specific nutrients and natural bioactive compounds in foods and certain supplements have been shown to block the conversion of testosterone to DHT and exert other protective effects within the prostate gland.

What are the Nutrients That Block The Build Up Of DHT?

There are several known natural agents that can effectively block the build-up of DHT within the prostate gland. The primary ones include the standardized grade of saw palmetto, pygeum africanum, beta-sitosterol, soy isoflavones and stinging nettle (urtica dioica).

Numerous studies have shown that the fatty acids and sterols present in saw palmetto block the build-up of DHT and exert other favourable effects on prostate health.

Saw Palmetto extract is a proven therapy for enlarged prostate problems and has recently been used in trials with prostate cancer patients, yielding impressive results in helping to contain the disease and lower PSA levels by more than 75% in many cases.

Pygeum Africanum contains active compounds known as triterpenes, which have also been shown to be effective in the treatment of enlarged prostate problems in numerous human studies. The usual dose of Pygeum for the prevention and treatment of BPH is 100-200 mg per day (std. to 12-14% triterpenes).

In recent years, prestigious medical journals such as the Lancet and the British Journal of Urology have published research papers demonstrating that beta-sitosterol (found in saw palmetto, soy products and in other plant foods) at 20 mg, three times per day, or 65 mg, twice per day, is also extremely effective in reversing BPH.

Contained within soy products, and including soy extract, are several important isoflavones, the most important of which include genistein and diadzein. These isoflavones directly inhibit the build up of DHT and exhibit many other biological properties that are related to the prevention of prostate disease and prostate enlargement as men age. 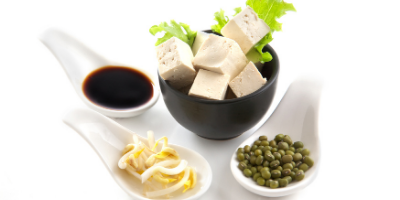 rate of prostate cells and prostate cancer cells, and reduce the conversion of androstenedione to estrone hormone in adipose tissue by acting as an aromatase enzyme inhibitor.

All of these physiological effects are known to reduce prostate cancer development and/or arrest prostate cancer growth.  As previously stated, in Japan, where soy isoflavone intake is high (avg. 50 mg per day), prostate cancer incidence is 80% lower than in North America.

The herbal agent stinging nettle, (urtica dioica) also enjoys a reputation as a natural agent that has consistently been shown to reverse prostate enlargement in European studies. Prostate combination formulas often include 20-60 mg of stinging nettle as part of the complex. (14-34)

Lycopene is known to concentrate in the prostate gland and its fluids, at levels much higher than are found in serum. As such, it has been shown to be a tissue-specific antioxidant in prostate health.

Human studies such as the Physicians’ Health Study and the Health Professionals’ Follow Up Study have shown a striking correlation between higher lycopene blood levels and/or intake levels (6 mg per day), and a marked reduction in prostate cancer development (as much as a 40% reduction).

Soy isoflavones (mentioned earlier in this review) are also known to provide antioxidant protection to the prostate gland, and soy intake is highly correlated with reduced prostate cancer development in epidemiological and experimental studies.

There has also been the suggestion from human intervention trials (placebo-controlled) that vitamin E (60 IU per day) and selenium (200 mcg per day) supplementation provides antioxidant support to the prostate, resulting in a 30-60% reduction in risk of prostate cancer. (35-41,4,11)

What are the ways to Protect The Prostate?

To help combat the age-related changes to the prostate gland that lead to problems of enlargement and the multi-step processes involved in prostate cancer development, all men should practice prudent nutritional practices throughout their lifetime.

Due to the changes that occur at around age 40, men this age and older may consider taking a supplement that contains the correct dosage and standardized grade of saw palmetto, pygeum africanum, beta-sitosterol, soy isoflavones, stinging nettle, lycopene and other prostate-related nutrients as a form of chemoprevention and for general prostate gland support.

The current scientific evidence suggests that the diet and prostate cancer are strongly linked and the following nutrition and lifestyle factors can favourably affect prostate health and should be strongly considered by all men throughout their lifetime: