by Dr. James Meschino on 8 February 2021 in Diabetes, Cardiovascular disease

The research I’m citing today comes from the journal Lipids in Health and Disease (BioMedical Central), published on June 12, 2017. The study showed that  with 3 grams per day of cinnamon supplements for 16 weeks improved blood sugar regulation and other important cardiovascular risk factors in individuals with pre-diabetes or more accurately, individuals with metabolic syndrome.

Does cinnamon reduce the major risk factor of heart disease and stroke?

The participants in this double-blind randomized control study were Asian Indians, all of whom were diagnosed with metabolic syndrome (pre-diabetes).

Asian Indians are known to be susceptible to type 2 diabetes as a genetic variant is quite prevalent among Asian Indians that predisposes many Asian Indians to insulin resistance. This typically manifests when the person gains weight and/or becomes less active.

With economic liberation and urbanization and mechanization, the prevalence of type 2 diabetes has doubled in the past three decades in India and early onset and severe  cardiovascular risk factors are frequently seen.

So, this research is very relevant, as it showed that daily 3 grams per day (3,000 mg) of cinnamon supplements reversed many aspects of pre-diabetes and cardiovascular risk factors in a group of individuals at very high risk for type 2 diabetes and serious cardiovascular events, such heart attack and stroke.

Compared to the placebo, the with cinnamon supplements saw the following improvement:

To some degree they also experienced: 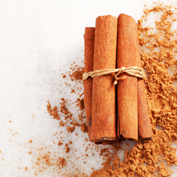 syndrome (pre-diabetes) compared to only 5% in the placebo group.

How does cinnamon benefit our body?

Well experimental studies show various health benefits of cinnamon due to presence of certain active that can do the following:

Increase insulin sensitivity – this means that the pancreas doesn’t have to pump out as much insulin. The cells can pick up blood sugar more easily and few carbohydrate calories get converted into fat, and thus the liver makes less cholesterol to transport those fats through the bloodstream.

The active ingredients in cinnamon supplements appear to be:

What is the recommended dosage for Cinnamon Supplements?

So, I did some investigating and I see that you can purchase cinnamon supplements  in 500 mg capsules from various supplement companies.

To match the intake level of participants in this study, you would need to take 2 capsules, three times per day with meals to achieve a 3 gram or 3,000 mg total daily ingestion.

If you have type 2 diabetes or pre-diabetes, metabolic syndrome or high sugar levels, then it’s best to use endurance exercise and a lower fat and lower glycemic diet to help improve your profile.

The study in the journal Lipids in Health and Disease suggests that also using cinnamon supplements (3,000 mg per day), may further improve your overall blood sugar and cardiovascular risk profile. It will be interesting to see how future research unfolds on this subject.

I have included a link to the cited research in the text below.