The June 29th, 2017 Longevity Magazine Journal had an article that caught my eye regarding the medicinal value of Apple Cider Vinegar. Over the years many patients have asked me about the health benefits of apple cider vinegar, but in truth, I knew very little about it and had not seen many published clinical trials to support any proven therapeutic effects.

However, in recent years several well-designed studies have shown a positive effect on diabetes management, regarding the ability of vinegar products to reduce blood sugar (glucose) and possibly improve insulin sensitivity.

To understand it better, white distilled vinegars are generally 4% to 7% acetic acid whereas cider and wine vinegars are 5% to 6% acetic acid. Studies suggest that it is the acetic acid in vinegar that has the blood sugar lowering effect. Experimental studies show that acetic acid slows down the absorption of carbohydrates from the gut into the bloodstream by inhibiting certain carbohydrate digesting enzymes in the intestinal tract.

How acetic acid may improve insulin sensitivity, which lowers the body’s demand for insulin, is still a bit of a mystery.  But if that’s the case, it’s a marvelous thing for diabetics and pre diabetics, as lowering circulating insulin also helps to reduce the conversion of carbohydrates into fat.

And there is some preliminary evidence that Apple cider vinegar may also aid in weight loss (via reduction of body fat).

With respect to lowering post-meal blood sugar one study in non-diabetic subjects demonstrated that 20 mL of white vinegar (5% acetic acid) as a salad dressing ingredient reduced blood sugar rise by 30% following a mixed meal.  (The meal was comprised of a lettuce salad and white bread containing 50 g carbohydrate).

While compiling a glycemic index (GI) table for 32 common Japanese foods, other researchers showed that the addition of vinegar or pickled foods to rice (e.g., sushi) decreased the blood sugar elevation (glycemic response) of rice consumption by 20 to 35%.

A researcher named Ostman and colleagues reported that substitution of a pickled cucumber (1.6 g acetic acid) for a fresh cucumber (0 g acetic acid) in a test meal (bread, butter, and yogurt) reduced post-meal blood sugar elevation by over 30% in healthy subjects.

What was the effect of vinegar on people with diabetes?

More recently, in a crossover trial, individuals with insulin resistance or with type 2 diabetes consumed a vinegar test drink or placebo immediately before the consumption of a mixed meal containing 87 g total carbohydrate. In the insulin-resistant subjects, vinegar ingestion reduced post-meal blood sugar by 64% compared to subjects ingesting the placebo and improved post-meal insulin sensitivity by 34%.

The vinegar drink they consumed before the meal consisted of 20 g vinegar dissolved in 40 g water and 1 tsp of saccharine. A 64% reduction in blood sugar compared to the placebo is quite amazing. In the individuals with type 2 diabetes, the vinegar drink produced a 17% reduction in post-meal blood sugar and a 19% improvement in post-meal insulin sensitivity – still very impressive values.

eduction in post-meal blood sugar and improved insulin sensitivity.  And those ingesting the vinegar with meals also reported greater meal satiety (they felt more full).  So, the suggestion is that the ingestion of vinegar at meals may help people lose weight by making them feel more content and less inclined to overeat. 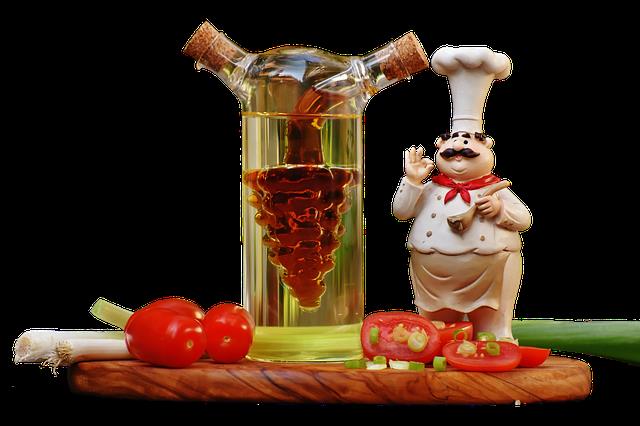 With respect to other health conditions, there is insufficient evidence at this time, from human studies, to declare that apple cider vinegar or other forms of vinegar can reduce blood pressure, prevent cancer, reduce cholesterol or improve arthritic conditions. The jury is still out on these conditions.

When should you consider to include vinegar in regular diet?

However, if you’re blood sugar is a bit too high, or you are already in the diabetic range, it may prudent to consume more vinegar and vinegar-containing products with your meals (i.e. oil and vinegar salad dressings), or include more pickled foods containing vinegar (but be careful with ones that are high in salt which can raise blood pressure).

You may even want to consider ingesting 2 teaspoons or more of apple cider vinegar mixed in a cup of water or juice at one or two meals each day. Apparently, you can also buy supplements containing 285 milligrams of dehydrated apple cider vinegar in some health food stores.  Once again, it would be best to take these supplements or any other form of vinegar with a meal in order to slow carbohydrate absorption into the bloodstream and improve insulin sensitivity.

I’ve included the scientific references and related summary reports below.