by Dr. James Meschino on 18 November 2019 in Celiac Disease, Diet

How Non-Celiac Gluten Sensitivity impacts Us?

Let’s talk about the Gluten-Free Movement that’s so popular. Gluten is a combination of two proteins found in wheat and some other grains called: Gliadin Glutenin It’s the Gliadin protein that causes the problem in Celiac Disease. Celiac Disease is an autoimmune disorder, whereby the gliadin fraction of gluten causes an abnormal immune response

Before we jump on non-celiac gluten sensitivity, let’s talk about the Gluten-Free Movement that’s so popular. Gluten is a combination of two proteins found in wheat and some other grains called:

It’s the Gliadin protein that causes the problem in Celiac Disease.

What is celiac Disease?

Celiac Disease is an autoimmune disorder, whereby the gliadin fraction of gluten causes an abnormal immune response in the small intestine producing an inflammatory reaction, damaging the lining of the gut, which, in turn, interferes with absorption of various nutrients.

Any combination of abdominal symptoms, such as chronic diarrhea and abdominal distension after meals, weight loss, growth failure in children and anemia, are common manifestations.

How to test the  Disease and what its importance ?

Celiac disease can be present without and symptoms in biological siblings, parents and children of Celiac patients, who have a 10-15% chance of also having Celiac Disease.

This is important because unmanaged Celiac disease significantly increases the risk of a cancer known as lymphoma (arising in the small intestine) as well as cancers of the liver, oral cavity, and large intestine.

What are the Primary factors to prevent the disease?

The primary management of Celiac disease is to avoid all food sources of gluten, which include: 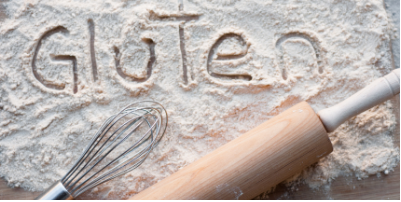 Gluten may also show up as ingredients in barley malt, chicken broth, malt vinegar, some salad dressings, veggie burgers (if not specified gluten-free), and soy sauce.

And these conditions are made worse from eating wheat.

There is a simple blood test for wheat allergy that is often included in the Celiac testing profile to help distinguish simple wheat allergy from the intestinal autoimmune disease caused by gluten known as Celiac disease.

However in 2012, a new health condition was recognized and published. It’s called Gluten Sensitivity or Intolerance. It’s a condition that mimics the symptoms of Celiac disease, but blood tests and biopsy tests do not show presence of antibodies or celiac damage to the intestinal tract.

What are gluten sensitivity intestinal symptoms?

Researchers estimate that about 6% of the population have non-celiac gluten sensitivity. In these case avoidance of gluten containing foods improves intestinal symptoms, such as:

Non-celiac Gluten Sensitivity is very common in people who also have irritable Bowel Syndrome, and avoidance of gluten in these cases helps to reduce IBS symptoms.

Do all IBS have gluten sensitivity?

But not all IBS is linked to gluten sensitivity. People with IBS should create a trial for themselves where they avoid all gluten-containing foods and see if their symptoms improve. Some evidence also suggests that gluten sensitivity may trigger symptoms in some patients with schizophrenia or Autism Spectrum Disorder.

It might be only a small percentage of patients who benefit, but it’s worth a simple trial to see if avoiding gluten enhances the treatment of schizophrenia and/or improves the symptoms of autism.

For everyone else, if you have the abdominal symptoms I have mentioned above and your doctor has run all the battery of tests and can’t find anything, then you may have gluten-sensitivity. In these cases it would make sense to avoid gluten-containing foods to see if it helps.

But remember that between Celiac disease, wheat allergy and gluten sensitive subjects, together they account for less than 10% of the entire population. So for most of us, gluten is not a problem it would appear.

Spending your efforts on locating gluten-free foods is really not necessary unless there is a clear problem. And know that to make gluten-free foods, they often have to add extra fat and carbohydrate calories to replace the gluten so the foods won’t crumble and fall apart.

Those extra fat and sugary calories may do more harm than gluten, if you’re truly not non-celiac gluten sensitivity or have Celiac disease.

So there is a lot of hype about gluten these days, as being a food toxin that destroys health. This appears to be true for less than 10% of the population.

For the rest of it doesn’t seem to be a problem. If you are interested in going gluten-free I have provided a list of gluten-free foods you can include in your diet in the text below.

I also included links to the recent published data on non-celiac gluten sensitivity and other helpful resources.