by Dr. James Meschino on 7 December 2020 in Depression, Alzhimers

How 9 Lifestyle Factors Responsible for 35% Dementia?

A report presented at the Alzheimer’s Association International Conference on July 20, 2017, and simultaneously published in The Lancet (2017) showed that nine lifestyle factors are responsible for 35% of all cases of dementia worldwide.

A report presented at the Alzheimer’s Association International Conference on July 20, 2017, and simultaneously published in The Lancet (2017) showed that nine lifestyle factors are responsible for 35% of all cases of dementia worldwide.

The nine factors that increase the risk of Dementia include:

This study was not able to include dietary factors, alcohol use, visual impairment, air pollution, or sleep practices. So, the contribution of lifestyle is probably quite a bit more than 35%, as indicated by one of the researchers.

With respect to the influence of specific nutrients and cognitive function, quite coincidentally, a scientific review of the top ingredients for cognition, focus and mood were published on July 14, 2017, by NUTRA ingredients-usa.com

How Omega-3 help people with dementia?

The review highlights the research showing evidence that the following nutrients help to preserve memory and/or focus. Some nutrients can even improve mood. For instance, a 2015 meta-analysis showed clear benefits of omega-3 fat consumption to cognitive health and a clinical trial showing that daily DHA doses over 1 gram per day improved some aspects of cognitive function in older adults.

As well, some studies have shown that omega-3 fat supplementation is also a good complement to drug therapy in the treatment of depression.

Can CDP and Phosphatidylserine deal with memory problems?

CDP-choline supplements have also been shown to reverse early stage cognitive decline by increasing brain levels of choline. Choline is used to make the memory chemical acetylcholine, which typically declines with age.CDP-choline and phosphatidylserine show promise in helping to preserve choline and acetylcholine levels in the brain as we age.

B-vitamin Supplementation (especially folic acid, vitamin B12, vitamin B6 and vitamin B3-niacin) have been shown to benefit brain health in some studies and to slow the age-related shrinkage or atrophy of the brain.

Some of the B-vitamins also lower homocysteine, which is a damaging chemical that is linked to Alzheimer’s disease development. 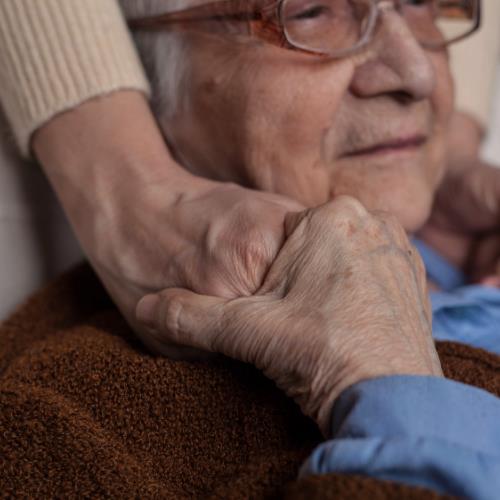 Some studies suggest that supplementation with the antioxidants, vitamin C, and vitamin E may help reduce the risk of cognitive impairment. More recently nutrients such as lutein and magnesium have shown promise in preventing age-related cognitive decline as well.

In India, a common treatment for early stage memory

loss is the herb known as Bacopa Monnier, which has shown impressive results when tested against dementia medications. The adaptogen herb Ashwagandha has also shown promise in preliminary research as a supplement that can reverse mild cognitive impairment.The same is true for melatonin supplementation (3-9 mg one hour before bedtime).

The prevention of dementia also entails keeping your blood cholesterol in the ideal range to prevent cerebrovascular disease, whereby the blood vessels in your brain get clogged up with cholesterol. That’s never a good thing, of course. Of course, avoiding head injuries and head trauma is also important in preventing dementia-type problems over your lifetime.

So, the bottom line is that diet and lifestyle are key factors in the prevention of dementia and many cases of Alzheimer’s disease.  I encourage you to be proactive and protect your brain, use your brain and feed your brain the nutrients that help to keep it healthy and functional.

I’ve included a link to the cited research in the text below.

A Supplement for Stress Reduction?