This is not to say that high blood pressure medications are not important, but researchers point out that doctors should put more emphasis on proven dietary and lifestyle strategies to lower high blood pressure in their consultations with patients than is often the case.

The 2017 study involved more than 400 patients with stage-1 high blood pressure (hypertension). They put half the participants on the DASH diet, which I will explain shortly and the other half ate the typical North American, high-fat, refined carbohydrate-rich diet.

Participants in both groups were also fed low sodium, medium sodium or high-sodium in random order over four-week periods.

As a reference, a teaspoon of table salt contains about 2400 mg of sodium Remember that an intake of 2300 mg of sodium per day (medium sodium intake in this study) is the maximum level of sodium intake recommended by the U.S. Food and Drug Administration (FDA) and keeping levels below this value is thought to reduce the risk for heart disease and stroke.

What was the outcome of the study?

Most of the participants saw reductions between 5-10 points, which is extremely impressive when you consider that to get a high-blood-pressure drug approved it must lower blood pressure by at least 5 points. Even the most effective high blood pressure-lowering drugs only lower systolic blood pressure by 10-15 points, on average.

What is the DASH Diet? 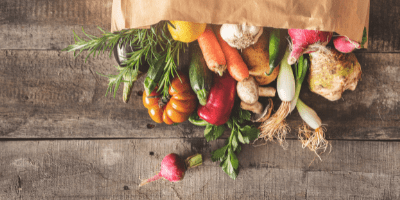 One researcher stated, “what we’re observing from the combined dietary intervention (DASH plus low sodium) is a reduction in systolic blood pressure as high as, if not greater than, that achieved with prescription drugs.”

He goes on to state, “our results add to the evidence that dietary interventions are as effective as — or more effective than — antihypertensive drugs in those at highest risk for high blood pressure, and should be a routine first-line treatment option for such individuals,” says Stephen Juraschek, M.D., an adjunct assistant professor at Johns Hopkins and an instructor of medicine at Harvard Medical School”.

The point of the story is that individuals with high blood pressure can do a lot for themselves through more prudent dietary practices, lower sodium intake, weight reduction if necessary, more endurance exercise, several keep supplement interventions and meditation or relaxation therapies.

For patients whose systolic blood pressure is at or below 150 mmHg, these should be the first forms of treatment attempted, or at least should complement any drug therapy. Things get more complex if the patient is already diabetic or has other health complications where blood pressure medication is mandatory.

But even in these cases, the diet and lifestyle strategies explained here should be included in the overall management to reduce high blood pressure and improve other health outcomes.

I have included a link to the research below.

1. Low-salt, heart-healthy dash diet as effective as drugs for some adults with high blood pressure

3. DASH Diet: Your Guide to Lowering Your Blood Pressure with DASH