What are 4 Major Risk Factors For Heart and Stroke?

The research I’m citing today was published in a major Cardiology journal of Spain. It presents an excellent summary of how best to prevent heart attack, stroke, heart failure, and other cardiovascular problems, which are leading killers in our society today. The first thing to point out is that 75% of the incidence of Cardiovascular Disease (CVD) (heart attack, stroke, etc.) is associated with four main risk factors:

The research I’m citing today was published in a major Cardiology journal (Spain) in 2008. I’m citing this paper because it is a brilliant summary of how best to prevent heart attack, stroke, heart failure and other cardiovascular problems, which are leading killers in our society today.

The research I’m citing today was published in a major Cardiology journal (Spain) in 2008. I’m citing this paper because it is a brilliant summary of how best to prevent heart attack, stroke, heart failure and other cardiovascular problems, which are leading killers in our society today.

The first thing to point out is that 75% of the incidence of Cardiovascular Disease (CVD) (heart attack, stroke, etc.) is associated with four main risk factors:

Diabetes – Diabetics have a 2-3x greater risk of having cardiovascular disease and dying from heart attacks. So, they Diabetics patients should remain vigilant about keeping their cholesterol, blood pressure and other risk factors in a safe range.

Smoking - is strongly linked to an increased risk for CVD, which was first recognized back in the 1960’s.

High Blood Pressure is a major risk factor:  the use of high blood pressure medication has been associated with a 35% to 40% reduction in stroke incidence; 20% to 25% in a heart attack; and more than 50% in heart failure. Other ways to lower blood pressure also include: losing weight, regular aerobic exercise, reducing alcohol and dietary salt (sodium) intake as well as meditation and/or progressive relaxation techniques.

High Cholesterol – we know that high cholesterol is a risk factor for CVD. It is well documented. It’s not the only risk factor, but it’s an important one.  So, to understand it better, it’s the bad cholesterol (LDL-c) that deposits cholesterol into the artery wall, which narrows arteries (atherosclerosis).

But, the good cholesterol (HDL-c) can remove the cholesterol from the artery wall and thereby reverse artery narrowing. So, that’s good news. As such, having a high HDL-c and a low LDL-c is shown to be highly protective against cardiovascular disease.

How to reduce your LDL or Bad Cholesterol?

The long-time Director of the Framingham Study, Dr. William Castelli M.D. is the researcher who best showed us, including through his own personal example of how to lower high cholesterol using a lifestyle approach. 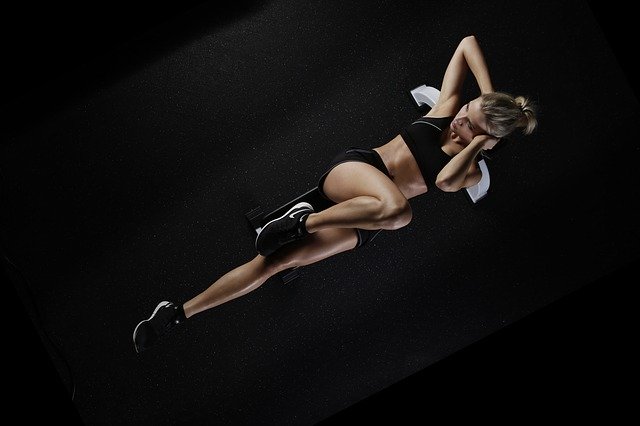 It’s very simple, reduce your intake of foods high in saturated fat and trans-fats. That brings your LDL-cholesterol down. I have seen it repeatedly in my own practice experience. To raise your HDL-cholesterol, you simply lose some weight if you are overweight, and do endurance exercise, 5-times per week for about 30 minutes.

Dr. Castelli himself, reduced his total cholesterol from 270 mg/dL down to under 200 mg/dL using diet alone. Then he increased his HDL-c by adding endurance aerobic exercise. His HDL-c shot up from 49 mg/dL to 63 mg/dL.

Those numbers reflect a major reduction in cardiovascular disease risk. With respect to Canadian units, this would be a change in total cholesterol from 6.9 mmol/L (sky-high) to 5.18 mmol/L (considered normal and fairly safe).

Does dietary change and exercise reduce heart disease and stroke?

Many doctors would automatically put a patient on cholesterol-lowering medication if they had a total cholesterol level of 6.9 mmol/L or 270 mg/dL.  But, Dr. Castelli got his cholesterol level down through dietary changes alone. In Canadian units, his HDL-c was originally 1.27 mmol/L (which is acceptable), but with exercise, it shot up to over 1.6 mmol/L, which is highly protective.

As Dr. Castelli stated, back in 1994 during an interview with The New York Times, he was the first male in his family to make it to 45 years old without coronary symptoms (angina, heart attack etc.).  So, despite being born with major genetic risk factors for high cholesterol and heart disease, he was able to reduce his cholesterol level down into an acceptable range using diet and exercise alone, as he reported during that interview at age 62 years old.

As pointed out by the Physicians Committee for Responsible Nutrition, in decades of research, not a single person in the Framingham Heart Study with a cholesterol level below 150 had a heart attack. So, your best target to reduce heart attack risk is total blood cholesterol below 150 mg/dL or 3.9 mmol/L.

Regarding LDL-C and considering the data from observational and experimental studies, it has been estimated that the benefits of reducing serum cholesterol for heart disease risk are age-related.  A 10% reduction in serum cholesterol produces a decline in heart disease risk of 50% at age 40, 40% at age 50, 30% at age 60, and 20% at age 70. It is estimated that every 1 mg/dL increase in HDL level is associated with a decrease in coronary risk of 2% in men and 3% in women.

Modern research shows us that there are now additional risk factors for cardiovascular diseases, such as high C-reactive protein (CRP), high fibrinogen, high homocysteine and few others, but smoking, diabetes, high blood pressure and high cholesterol are the four main risk factors, originally identified by Dr. William Castelli and other Framingham Heart Disease Researchers, have stood the test of time.  It’s important to make sure you get your values for these into the ideal range, and hopefully, quit smoking if you are currently a smoker.

I’ve included a link to the Cardiology journal below, along with a link to the 1994 New York Times interview with Dr. Castelli. A very worthwhile read.

The Physicians Committee For Responsible Nutrition.