by Dr. James Meschino on 12 October 2020 in Supplements, Alzhimers

The breaking news I am citing today comes from the 2017 American Medical Association Annual Meeting in Chicago, whereby the AMA announced that it now supports an increase in the nutrient known as “choline” in all prenatal vitamins to 450 mg per day. Choline is under appreciated, and not widely discussed nutrient that, like folic acid, is proven to help prevent spina bifida defects (i.e. spina bifida) in the developing fetus and other neural tube deformities that can affect spine and brain development.

The breaking news I am citing today comes from the 2017 American Medical Association Annual Meeting in Chicago, whereby the AMA announced that it now supports an increase in the nutrient known as “choline” in all prenatal vitamins to 450 mg per day.

Choline is under appreciated, and not widely discussed nutrient that, like folic acid, is proven to help prevent spina bifida defects (i.e. spina bifida) in the developing fetus and other neural tube deformities that can affect spine and brain development.

As of 2016, none of the top 25 prenatal multivitamins contain the scientifically-backed choline dose for pregnant women (450 mg per day), according to a study published in 2015 by researchers at the University of Chicago.

This recommended dosage was first established 1998 by the Institute of Medicine, which recognized choline as an essential nutrient.

But choline isn’t just important to the developing fetus. The growing and adult human body also have a need for adequate choline.

How does Choline support liver function?

Choline is required to help protect against liver and kidney damage and degeneration, including fatty liver problems commonly seen in overweight subjects, diabetic and with moderate to excess alcohol consumption.

Research suggests that choline deficiency greatly increases the risk for primary liver cancer or hepatocarcinomas, as they are known in medical circles. Choline is also required to build all the cell membranes (outer skin) of all body cells and plays a key role in cell signaling mechanisms.

Choline is also transported across the blood-brain barrier to enter the brain. Brain cells use choline to make the memory chemical acetylcholine. The more acetylcholine you have, the better your memory as a rule.

So, it may be surprising to learn that 90% of adults don’t get the recommended amount of choline each day, according to the latest findings from the National Health and Nutrition Examination Survey data or the NHANES data as it is known in the United States. Adults are advised to consume 400-550 mg of choline per day in their diet.

What are the main dietary sources of Choline?

Many healthy foods contain choline: Here are some examples of the amount of choline found in 3.5 ounces or 100 gm of the following foods:

It’s important to know that as we age the transporter that pumps choline into the brain becomes more sluggish. This is one of the reasons that a decline in memory occurs later in life. And the brain of Alzheimer’s patients shows a dramatic reduction in choline and choline-based molecules upon autopsy.

There are some supplement forms of choline that can enter the brain in subjects over the age of 55 and help to maintain more optimal levels of the memory chemical acetylcholine and other choline-dependent molecules required for healthy brain cell structure and function. These supplement ingredients include things like CDP-choline and phosphatidylserine, both which are commonly found in memory support supplement formulations.

The point is that pregnant women need more choline to help guard against neural tube defects in their developing babies, and we as adults should also be more cognitive of our need for more choline to protect our liver, kidney, memory and brain function.

Choline supplements in the form of lecithin have also helped to lower blood cholesterol in a few preliminary studies. Dr. Taylor Wallace at the George Madison University is one of the key researchers currently examining choline. His lab at the University is one first to show widespread insufficient intakes of choline across the U.S. population, published in the Journal of the American College of Nutrition in 2016. 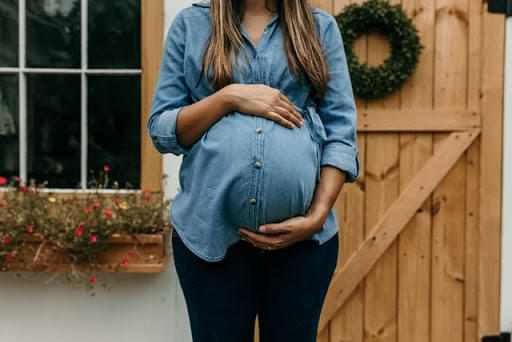 Okay, for pregnant women make sure there is 450 mg of choline in your prenatal multivitamin. For the rest of the adult population, you may want to up your intake of choline foods and/or add some lecithin or wheat germ or soy products to your daily fare and/or consider a brain-supporting choline supplement formulation containing CDP-choline and phosphatidylserine if you’re over 55 years of age.

As always, I’ve included the references in the text below