An important review paper on Coenzyme Q10 was published in the Journal, Nurse Prescribing, in 2013. Coenzyme Q10 or CoQ10 as it is also known, is a vitamin-like substance that the body makes. The problem is, by our mid-twenties, our body starts producing less of it.

An important review paper on Coenzyme Q10 supplementation was published in the Journal, Nurse Prescribing, in 2013. Coenzyme Q10 or CoQ10 as it is also known, is a vitamin-like substance that the body makes. The problem is, by our mid-twenties, our body starts producing less of it. By the time we are 50 yrs. and older, the decline in CoQ10 status in our body can contribute to the development of a host of health disorders.

The key thing to understand is that CoQ10 is required to help convert food into energy within nearly all the cells of the body. Thus, as CoQ10 declines, our cells are less able to make optimal amounts of energy to maintain their desired function. This seems to be of great importance with respect to the heart muscle.

Of interest is the fact that a number of well designed studies have shown that providing congestive heart failure patients with CoQ10 supplementation has helped to reverse their condition and improve their cardiac function and quality of life quite significantly.

In fact, due to various health benefits of CoQ10, it has been an approved drug for the management of congestive heart failure in Japan since the 1970’s. It’s like putting the missing piston back into your car’s engine: all of a sudden it starts firing on all cylinders again and there’s more horsepower.

It does this by stimulating the release of nitric oxide in the artery wall which allows the arteries to relax, allowing blood to circulate with less resistance. Hence, blood pressure drops down towards the normal range.

CoQ10 has also been shown to help reduce plaque build up in the artery wall by acting as an antioxidant that prevents free radical damage to cholesterol travelling through the bloodstream. Cholesterol that is damaged by free radicals (oxidized) tends to stick to the walls of the artery with greater affinity. In turn, this causes narrowing and increases risk of a heart attack and ischemic stroke.

Some studies suggest that CoQ10 supplementation can even reduce the muscle pain side effects often caused by the use of cholesterol-lowering statin drugs, such as Lipitor or Crestor etc. 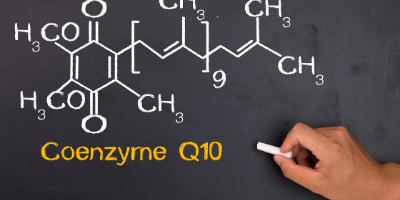 Of interest is the fact that statin drugs actually block the synthesis of CoQ10 in the body, and thus, many doctors prescribe CoQ10 supplementation in conjunction with statin drugs to prevent CoQ10 depletion and subsequent risk of muscle damage and congestive heart failure from developing.

CoQ10 supplementation has also been shown to be helpful in the management of Parkinson’s disease, fibromyalgia, and some cases of migraines. In certain cases, it also helps reverse infertility problems in men by improving sperm count, quality and motility (movement of the sperm as it swims towards the unfertilized egg).

As pointed out in the review article, there are more than 600 articles published in peer-reviewed medical literature on CoQ10, including at least 60 controlled studies on human subjects related to cardiovascular conditions alone.

The authors of the paper conclude, “published evidence supports a beneficial role for CoQ10 in the prevention and management of cardiovascular disease”, noting further that “None of the clinical trial studies have reported any significant adverse effects following oral supplementation with CoQ10”. And in some cases patients have taken doses as high as 600-1200 mg per day.

What is recommended dosage?

For general prevention and health optimization purposes I often suggest to patients that by age 45 that they take at least 30 mg per day of CoQ10, and for patients over 60 I suggest a daily dose of 60 mg per day.

Patients with congestive heart failure, high blood pressure, Parkinson’s disease, fibromyalgia and other conditions, require more therapeutic doses of CoQ10, which should be incorporated into the overall medical management of these cases by their attending physician.

I’ve included a link to the research paper in the text below in the event you might want more information on the subject of CoQ10.