Every High Saturated Fat Meal Brings You One Step Closer to a Heart Attack or Stroke: New Study Shows

In a recently reported 2012 study, 28 non-smoking men, who ate a Mediterranean-type meal first and then a high saturated fat meal one week later, were assessed for their immediate effects on blood circulation and blood vessel response of major arteries.

All men initially underwent an ultrasound of the antecubital artery at the elbow crease after fasting for 12-hours to assess their baseline endothelial function (normal flow of blood through a major artery). The researchers then tested the effects of each meal a Mediterranean-type meal and a typical meal high in saturated fat.

The results showed that at two hours, and four hours, after eating the high saturated fat meal, the arteries of the study participants were constricted (narrowed) by 24% more than when in the fasting state. In contrast, their arteries were found to open up (dilate) normally and maintain good blood flow after consuming the Mediterranean-type meal.

As researcher Dr Nigam indicated, “Poor endothelial function is one of the most significant precursors of atherosclerosis (blood vessels clogged with fat and cholesterol leading to heart attack, stroke, gangrene, and many cases of kidney failure and vascular dementia). It is now something to think about at every meal.”

A number of years ago Dr William Castelli MD, the then scientific director of the famous Framingham Heart Study, indicated that it is best to have no more than 15 grams of saturated fat on any given day, as a primary way to keep your cholesterol in a safe range and reduce risk of heart attack and stroke to a substantial degree.

Using this principle I created the Two Staple Nutrition System, which is the signature dietary plan featured in my book, The Meschino Optimal Living Program – 7 steps to a healthy, fit, age-resistant body. The program explains how you can practically, without major deprivation, adhere to a diet plan that reduces all bad fats, and does not clog your arteries with cholesterol. I believe everyone should take a look at it.

Don’t have time to read the whole book right now?

Meal Brings You One Step Closer

to a Heart Attack or Stroke

Exercise and the Immune System 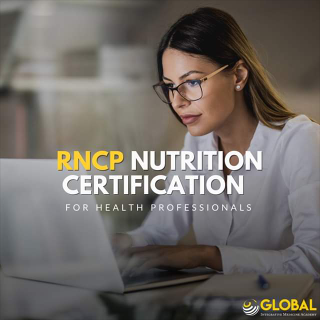 The Global Integrative Medicine Academy was created to satisfy a need, expressed by many health professionals, to establish credentials as experts in Nutritional Medicine. But, health professionals also needed to be able to complete the programme with a minimum impact on their career, family, and lifestyle. That is why the Advanced Nutritional Medicine and Sports Nutrition Certification Program was created.